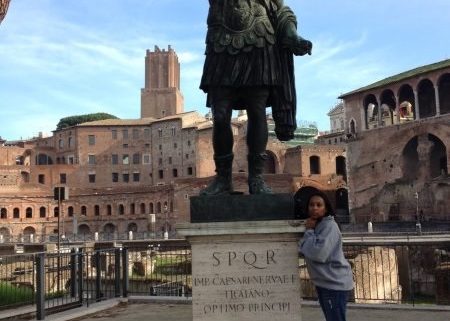 Without question, Julius Caesar was one of the bloodiest, yet most prolific military leaders this world has ever known. You don’t get that title without good, loyal men around you and the charisma and intelligence to keep them that way. We can marvel at Caesar’s accomplishments – his Gallic campaigns are studied until this day and abhor the reality of those campaigns – a million people enslaved and more than that plain slaughtered so that Rome could grow rich and fat.

While Caesar was cementing his legacy as Rome’s finest leader, the men closest to him were the heroes of his 10th legion. These were men he trusted above all others and one of the few legions he personally organized. These men followed him into war fearlessly to the point where he shamed his other legions by threatening to go into battle with just the 10th and leave the rest behind as cowards.

His 10th men were loyal to the end – beyond Caesar’s death. The best of them stayed with Mark Antony during his war to avenge Caesar and even later were still present to suffer defeat with Mark Antony and Cleopatra during the Battle of Actium. The 10th never faltered in their devotion. When the survivors of Actium where absorbed into Octavian’s army, their loyalty stayed with Mark Antony and they later rebelled against Octavian, who by that time was calling himself Augustus and proclaiming himself the son of god. For this insult the legion was disbanded, and stripped of the Equestrian titles Caesar had given them.

Still, history remembers these hard men as the foundation of Caesar’s great success. With a handful of good men you can rule the world in peace or turn it bloody – Caesar chose to turn it bloody; Augustus managed to keep it peaceful and history judges both. However, without men like Caesar’s 10th, none of it would be possible.

Ella On The Far Side – By Sydney Knox
Scroll to top