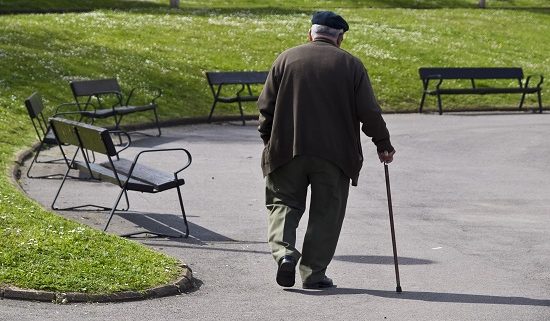 They called him “Chicken George” and whispered that he was a hard-living man, never without his bottle of gin or a woman to share it.  I didn’t know about all that, I just called him Grandpy. I have heard stories about him since I was a little girl.  Not that anybody would tell such things to a six-year-old, but you learn a lot listening outside doors, or playing opossum on long car rides home. I didn’t understand most of what I heard, but I knew it was about Grandpy and it was bad.  Now, I’ve learned to take those stories with a grain of salt, and they only make me love him more.  I can’t tell you why, they just do.

Grandpy isn’t a really old man, but the years of smoking, drinking and wild women have taken their toll and I know soon they’ll take his life.  I’m just waiting for the phone call telling me to come home, Grandpy’s gone on.  It sounds silly but even though I’m sure that call is coming any day now, I’m not ready for it.  And I don’t want to hear about him living in my heart, or any of that other crap folks tell you when somebody is dying.  I just want him to live, period.

“Daddy don’t mean no harm, he’s just a weak man,” my father, a weak man himself used to say. Still, whenever somebody called to tell him, ‘come get George–he’s passed out at Miss Dot’s again’, he would grumble and take his time about leaving.  My mama use to yell at him to shut up and go get his daddy before the other bums turned out his pockets.  I remember being so glad the few times Mama was going somewhere and he had to bring my sister and me along.  I loved to laugh at the sight of him helping Grandpy to the car.  Angie would frown and nudge me but I couldn’t stop, it was all a big joke to me.  I guess I just couldn’t put the staggering old drunk with the man who swung me around in the front yard.  For me, it was like any other part of living in the South. Everybody had at least one drunk and one crazy in the family.

Most folks in my family looked down on my grandfather. They said he was trifling and shiftless. At family gatherings, they would get these strange looks on their faces whenever he came around like they wanted to ask him if he’d had a drink or two, this early in the day. I hated to see that and it made me ashamed for him, but Grandpy took it all in stride.  Especially if he really had been taking a few nips off his bottle. He’d throw his arm over whoever’s shoulder and start telling some long story right into their face. The look in the eyes alone, as they tried to get away, was enough to send me chuckling over to fetch my cousins so we all could watch. It was no better than they deserved for treating my Grandpy like he’d just pissed on their favorite rug.

The only person who could handle my grandfather back then was my Aunt Mable, and she was a character herself; she didn’t take lip off anybody. “I ain’t easy going worth a damn” she would say and nobody messed with her, including Grandpy. He knew there would be hell to pay.  Whenever he went off on one of his drunken tirades and she got tired of it, she would simply say, “Daddy, go sit down.” She never had to say any more or even raise her voice. I believe part of his respect came from some guilt he had about the things he’d done when his kids were coming up.

It was common knowledge in the family that he’d beat my grandmother so much that she had run off to Connecticut leaving Mabel at seven to raise her brothers, Mike who was four, and my father who was only a year and a half. In the meantime, he kept busy making more children with so many different women that until this day nobody knows how many he has. He only claims my grandmother’s three and about four others. Even these old facts about Grandpy don’t change my feelings toward him. I can sit and talk about it with no bad feelings about him at all. To me it’s ancient history and if he’s sorry, or even if he isn’t, who am I to judge him.  That’s not in the granddaughter job description.  All it says is that I should love him.

Loving my grandfather was never something I had to think about because I remember the good things about him and they outweigh the bad. I’m thankful my parents made it a point to have him stay with us from time to time. Their reasons may not have been as simple as mine, but I was happy all the same.  I remember sitting in his lap while he sang me to sleep and waking up to a tickle under my nose when I’d been sleeping too long.  I remember the long walks we use to take and the stories that always started, “When I was a boy …” These are the memories that are precious to me, not the ones about him almost killing his sons driving home drunk.  I can see past them and I know that it was the evil of the bottle ruined him, and I blame it, not him.

The wasted man I saw the last time I was home, haunts me like a ghost I can’t exorcise and again I can’t put him with the feisty man I knew as my Grandpy.  I don’t know this new man.  I don’t want to know him.  I wish he would just go back to the hell he came from and leave me the Grandpy I use to have.   The stroke took away his strength and made him helpless but that’s not what’s going to kill him.   The throat cancer that reared its ugly head five years ago is coming back and this time it’s not going away.  It might have stayed dead if he had stopped smoking and drinking, but he was stubborn and now it’s going to take his stubborn life.  I think that’s the only thing I blame him for.  If he didn’t care enough about himself to stop, then he could have at least considered his grandkids.  In the end, he is a selfish man and I can’t help being a little mad at him. But he’s a dying man and being mad at a dying man won’t bring him back to life.

Want to join the discussion?
Feel free to contribute!

Ella On The Far Side – By Sydney Knox

Heroin in Her Tears – By Sydney Knox
Scroll to top